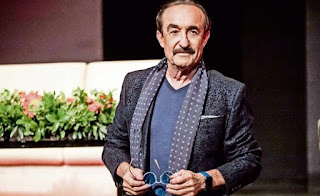 Di Blasio practiced piano alongside his teachers for more than four years. Having difficulty in purchasing a piano, he also relied on readily available sources of music such as whistling with his father, which helped develop the sort of melodies he employs in his work. One of his teachers was the renowned Argentinian composer and Pianist Bebu Silvetti from whom Di Blasio drew great inspiration. In fact, a lot of Di Blasio's musical pieces were composed by Bebu Silvetti; one of which was called "Piano" which was considered as the first step into his musical career.
BIOGRAPHY | AVAILABLE RECORDINGS
Email ThisBlogThis!Share to TwitterShare to FacebookShare to Pinterest
Older Post Home