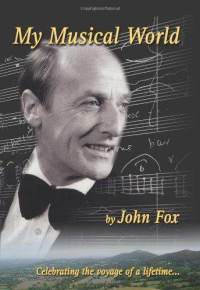 John Fox's natural talents for composing, arranging and conducting were tenderly nurtured in London's Royal College of Music where he achieved ARCM (Associate of Royal College of Music). John's undeniable genius forged in the crucible of toil, study and unremitting search for perfection has long been recognised by his peers. This autobiography contains the ups and downs of a lifetime in music some sad times, emotional and happy and some tragic disasters. Millions of listeners in the USA, Great Britain, Japan, South Africa and Germany, plus many other countries throughout the world, have found much pleasure and exhilaration in John's wonderful music including radio networks, his many record albums and live performances. Determination and hard work have seen him through some hard times, but it proves that if you have a talent (not only in music) that with a lot of hard study and love, the world will be at your feet! --Chris Morgan, BBC Executive Producer via amazon.com