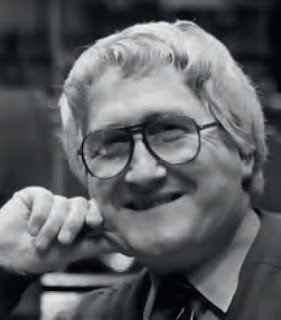 The death has been announced of the composer and arranger Gordon Langford. He passed away on Tuesday 18th April 2017, aged 86. He first rose to prominence as a pianist and composer in the sixties, writing and arranging music for BBC programmes including Music in the Air. Gordon Langford was an English composer, arranger and performer.  He was also a composer of choral and orchestral music, winning an Ivor Novello award for best light music composition for his March from the Colour Suite in 1971.  He is perhaps best known as a brass band composer and arranger, with a string of CDs to his name. In particular, the test pieces Facets of Glass and Rhapsody for trombone are well known. In addition, he also arranged the works of other composers, such as Henry Mancini, Jerry Goldsmith and John Williams. Langford's career had a notable relationship with the BBC. Some of his compositions and arrangements were used as Test Card music in the 1960s and '70s, with such titles as Hebridean Hoedown, The Lark in the Clear Air and Royal Daffodil being remembered by Test Card aficionados. He also wrote and arranged music for Friday Night is Music Night, as well as numerous other BBC programmes. A CD of his original compositions for orchestra performed by the BBC Concert Orchestra conducted by Rumon Gamba was released in 2003. WIKIPEDIA  |  AVAILABLE RECORDINGS