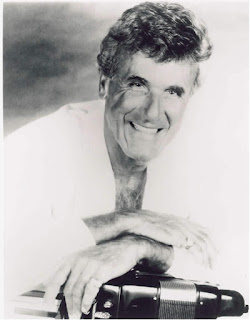 Dick Contino (January 17, 1930 – April 19, 2017) was an American accordionist and singer. Contino was born in Fresno, California. He studied accordion primarily with San Francisco-based Angelo Cognazzo, and occasionally with Los Angeles-based Guido Deiro. Early on he exhibited great virtuosity on the instrument. Although he graduated from Fresno High School in 1947 and enrolled at Fresno State College, he was unable to concentrate on his studies. Contino explained, "I enjoyed college, but while attending classes I kept thinking that if I was going to be a success, it would be my music that would take me there." He has continued to perform regularly throughout the United States. His repertoire is eclectic, ranging from Italian songs such as "Come Back to Sorrento" and "Arrivederci Roma" to standards like "Lady of Spain" and "Swinging on a Star".
WIKIPEDIA VIDEO: Dick Contino performing legendary Italian song at the 1992 Milwaukee Festa Italiana in 1992. AVAILABLE RECORDINGS
Email ThisBlogThis!Share to TwitterShare to FacebookShare to Pinterest
Newer Post Older Post Home