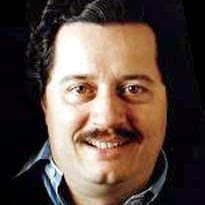 Holdridge was born in Port-au-Prince, Haiti, of a Puerto Rican mother and an American father, the botanist and climatologist Leslie Holdridge. While living in Costa Rica, at age ten, he studied the violin with Hugo Mariani, who was at the time the conductor of the National Symphony Orchestra of Costa Rica. Holdridge then moved to Boston, where he finished high school and studied composition with Henry Lasker. As an adult, Holdridge moved to New York City to continue his music studies and begin his career as a professional composer. There, he composed chamber works, rock pieces, songs, theater music and background scores for short films, and eventually came to Neil Diamond's notice. Diamond then brought Holdridge with him to Los Angeles to write arrangements for his forthcoming albums. After several gold and platinum hits, the two collaborated on the Grammy Award winning film score for Jonathan Livingston Seagull.
WIKIPEDIA   |   AVAILABLE RECORDINGS