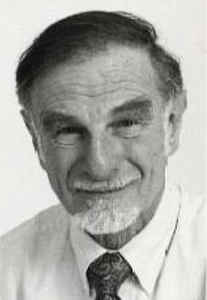 Born in Johannesburg, South Africa, he was the son of Israel Rabinowitz and Eva, née Kirkel. He was educated at the University of the Witwatersrand and the Guildhall School of Music and Drama. He was conductor of the BBC Revue Orchestra (1953–60), music director for BBC Television Light Entertainment (1960–68), and head of music for London Weekend Television (1968–77). He conducted at the Hollywood Bowl (1983-84) and the Boston Pops Orchestra (1985-92) and with the London Symphony Orchestra and the Royal Philharmonic Orchestra. He was the conductor at the Orchestra of St. Luke's Ismail Merchant and James Ivory 35th anniversary celebration at Carnegie Hall on 17 September 1996. Rabinowitz conducted the film scores for numerous films including Chariots of Fire (1981), Return to Oz (1985), The Remains of the Day (1993), The English Patient (1996), The Talented Mr. Ripley(1999), and Cold Mountain (2003). He also composed music for television including The Frost Report (1966), I, Claudius (1976), The Agatha Christie Hour (1982), and Reilly, Ace of Spies (1983). AVAILABLE RECORDINGS     |   WIKIPEDIA    VIDEO:
Email ThisBlogThis!Share to TwitterShare to FacebookShare to Pinterest
Newer Post Older Post Home