Harry Rabinowitz MBE (born March 26, 1916 in Johannesburg, South Africa) is a British conductor and composer of film and television music. 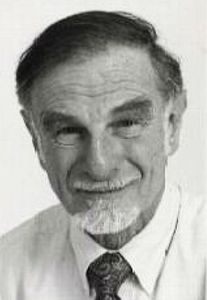 Harry Rabinowitz is the son of Israel Rabinowitz and Eva, née Kirkel. He was educated at the University of the Witwatersrand and the Guildhall School of Music and Drama. Rabinowitz' musical career began as a six-week stint playing sheet music for potential customers in a Johannesburg department store. His first job conducting an orchestra was for a show called “Strike a New Note” in 1945, using a rolled-up newspaper for a baton. Rabinowitz left Johannesburg for England in 1946 to study conducting. He was conductor of the BBC Revue Orchestra (1953–1960), music director for BBC Television Light Entertainment (1960–1968), and head of music for London Weekend Television (1968–1977). He has conducted at the Hollywood Bowl (1983-1984) and the Boston Pops Orchestra (1985-1992). He has conducted the London Symphony Orchestra and the Royal Philharmonic Orchestra. He was the conductor at the Orchestra of St. Luke's Ismail Merchant and James Ivory 35th anniversary celebration at Carnegie Hall on September 17, 1996. WIKIPEDIA