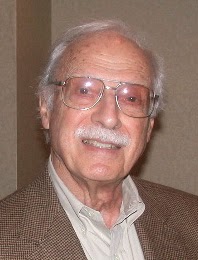 Ray Charles, an Emmy-winning choral director, lyricist and composer who worked with Perry Como for three decades, sang the theme song for the television sitcom "Three's Company" and didn't mind being known as "the other Ray Charles," died Monday 6 April 2015, at his Beverly Hills home. He was 96. Charles Raymond Offenberg (September 13, 1918 – April 6, 2015), better known as Ray Charles, was an American musician, singer, songwriter, vocal arranger and conductor who is best known as organizer and leader of the Ray Charles Singers. The Ray Charles Singers were featured on Perry Como's records, radio shows and television shows for 35 years. The Ray Charles Singers are also known for a series of 30 choral record albums produced in the 1950s and 1960s for the Essex, MGM, Decca and Command labels. As a vocalist, Charles, along with Julia Rinker Miller, is known for singing the theme song to the television series Three's Company ("Come and Knock on Our Door"). As a songwriter, Charles is best known for the choral anthem "Fifty Nifty United States," in which he set the names of the states to music in alphabetical order. It was originally written for The Perry Como Show. He is also known for "Letters, We Get Letters," also originally written for The Perry Como Show and later used on Late Show with David Letterman. In his later years, he continued to serve as a musical consultant to television programs, most notably for 31 years on the Kennedy Center Honors. Charles was acknowledged as an authority on American popular music.