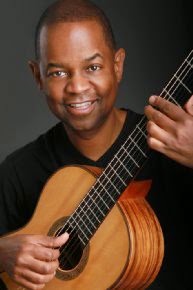 Klugh's first recording, at age 15, was on Yusef Lateef's Suite 16. He played on George Benson's White Rabbit album and two years later, in 1973, joined his touring band. For their album One on One, Klugh and Bob James received a Grammy award for Best Pop Instrumental Performance of 1981. He has since received 12 Grammy nods, millions of record and CD sales, and continues touring worldwide to this day. Klugh has recorded over 30 albums including 23 Top Ten charting records – five of them No. 1 - on Billboard’s Jazz Album chart. With 2008’s The Spice of Life, Klugh earned his 12th career Grammy nomination - his second nomination and release on the independent Koch label.