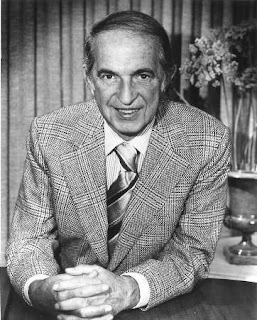 Percy Faith archivist, Bill Halvorsen has prepared a slightly abridged version of a video tape* Marilyn Leonard, Percy Faith’s daughter, took and it has wonderful memories for all of us to enjoy. To view, the best results would be by right-clicking and doing a “save-as” on a Windows machine since the file size is about 180mb. Bill adds: It’s not smooth as it could be as I had to chop it down from 3GB so that my long-discontinued web editor would accept it.

*VIDEO TAPE LINK: Bill's trip to LA in 1991 to meet Dolly Faith and Marilyn Leonard, Percy's daughter. Travel through the Faith neighborhood. See the Faith home and share his photos, awards and memories with his daughter Marilyn. Thanks Bill.

Percy Faith (April 7, 1908 – February 9, 1976) was a Canadian-born American bandleader, orchestrator, composer and conductor, known for his lush arrangements of pop and Christmas standards. He is often credited with creating the "easy listening" or "mood music" format which became staples of American popular music in the 1950s and continued well into the 1960s. Though his professional orchestra-leading career began at the height of the swing era, Faith refined and rethought orchestration techniques, including use of large string sections, to soften and fill out the brass-dominated popular music of the 1940s....Wikipedia
Email ThisBlogThis!Share to TwitterShare to FacebookShare to Pinterest
Newer Post Older Post Home