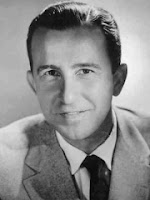 De Vol was born in Moundsville, West Virginia and grew up in Canton, Ohio. His father, Herman Frank De Vol, was band-leader of a local movie orchestra and his mother, Minnie Emma Humphreys De Vol, had worked in a sewing shop. He attended Miami University.
When De Vol was 14, he became a member of the Musicians' Union. After playing violin in his father's orchestra and appearances in a Chinese restaurant, he joined the Horace Heidt Orchestra in the 1930s, being responsible for the arrangements. Later, he toured with the Alvino Rey Orchestra, before embarking on his recording career.