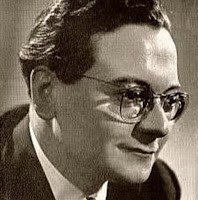 Ron Goodwin was an English composer and conductor known for his film music. He worked as a ghostwriter for Phil Green, Stanley Black, Geraldo and Peter Yorke among others. From 1949 Goodwin conducted for the Polygon company, arranging and conducting recordings of Petula Clark and Jimmy Young, including the latter's 1951 UK no 1 hit "Too Young". In the 1950s he joined Parlophone, and worked alongside George Martin. He accompanied Peter Sellers on his Goodness Gracious Me album, and began to broadcast and make records with his Ron Goodwin Concert Orchestra.

In 1953 Goodwin began arranging and conducting more than 300 recordings for over fifty artists, which resulted in more than 100 chart successes. He scored over 70 films in a career lasting over fifty years. His most famous works included Where Eagles Dare, Battle of Britain, 633 Squadron and Frenzy.