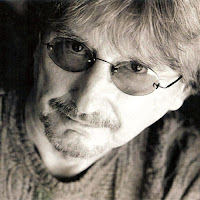 Johnny Harris was born in Edinburgh, Scotland and is a graduate of the Guildhall School of Music in London. Originally a trumpet player with the Norman Burns band & big bands led by Vic Lewis, Ken Mackintosh, Cyril Stapleton and then a member of the short-lived beat group The Shubdubs with drummer Jimmie Nicol and organist Roger Coulam. In 1964, he recorded a Beatles cover version album and EP called Beatlemania with Jimmie Nicol which resulted in Nicol replacing the ill Ringo Starr on a worldwide Beatles tour. He joined Pye Records in 1965 as an arranger and conductor for producer Tony Hatch and his then-wife Jackie Trent. Johnny had an un-credited role as conductor on the Nancy Sinatra In London album and worked with many other artists in the sixties as a staff member at Pye. He worked freelance for many other record labels in Great Britain and Europe and was a regular arranger, conductor, and producer for Petula Clark until she left Pye in 1971. WIKIPEDIA   |   AVAILABLE RECORDINGS
Email ThisBlogThis!Share to TwitterShare to FacebookShare to Pinterest
Newer Post Older Post Home