A recent post on the yahoogroups (BEAUTIFULINSTRUMENTALSANDVOCALS) reminded us that WHN programed Beautiful Music in the 1950's...and prepared their own beautiful music LP with these liner notes: "WHN, beautiful music for the ears and hearts of New Yorkers, recorded especially for radio station WHN and the 50,000 watt sound at 1050 on the New York radio dial. WHN is New York at its best." This is from the liner notes on a custom LP played by Roy Ross and the WHN orchestra. DJs included Lonny Starr, Jim Ameche, Hans Anderson, Dick Shepard, Dean Hunter. " 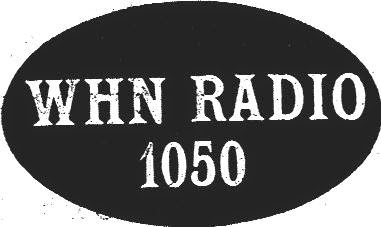 Earlier, in the late 1930's as Richard O'Connor posts on his website: A Brief History of Beautiful Music Radio Music To Read By on New York City's WHN (later WMGM) began in August 1938 as a nightly hour (midnight to 1 A.M.) of classical and light classical recordings. With the addition of a few Andre Kostelanetz and orchestral popular transcription discs early in 1943 the program came to be advertised as "an hour of songs without words". A variation of 'slumber music', the show's selections were orchestral, melodic, and not necessarily subdued, chosen more to inspire than for soporific effect. Well established by the end of the war, Music To Read By became the beloved prototype of many late night programs featuring a similar musical mix before, and after, its demise at summer's end in 1949. WPAT, & WRFM are best known for maintaining the popular beautiful music format in the NYC metro area for many years in the mid 20th century.
Email ThisBlogThis!Share to TwitterShare to FacebookShare to Pinterest
Newer Post Older Post Home