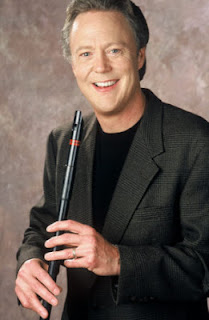 Bill Leslie has a sensational new release that is truly a refreshing experience for the senses and one new release I feel certain people of all ages will enjoy listening to. Simple Beauty is the name Bill Leslie gave his personified current album and just as assuring like the title suggests, a natural attraction of refined beauty becomes the harmonious ingredient everyone will find within.

Amazon reviewer continues... While Bill Leslie is easily recognized as a composing musician and leader of his traditional and Celtic fusion music group Lorica, he is also a 5 time Emmy Award winning journalist and newscaster for WRAL television network and a multiple Journalist of the Year awards recipient in North Carolina. In addition he composes traditional and Celtic fusion music as a soloist and during concert appearances with his band Lorica. WEB SITE