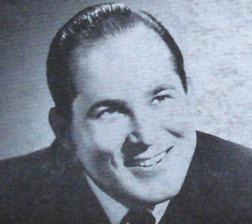 Born 1924, in Dallas, Texas. Died 15 September 1987, in Los Angeles, California. Reisman studied at
Baylor University and the University of Texas at El Paso, Reisman got jobs playing sax with a variety of big bands, including Bob Crosby, Louis Prima, Jack Teagarden, and Glen Gray's Casa Loma Orchestra. With RCA, he recorded several albums of light easy listening music, and had a small hit with a cover of Ross Bagdasarian's tune, "Armen's Theme."

Was one of Roulette leading producers, and continue to record occasionally himself.

He was a producer of many of Henry Mancini's best albums.