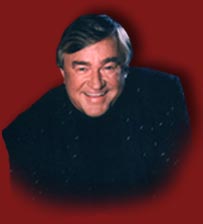 Frank Mills (born June 27, 1942 in Toronto, Ontario), is a Canadian pianist and recording artist, best known for his solo instrumental hit "Music Box Dancer". Mills released an album in 1974 that featured "Music Box Dancer", but it was not a hit initially. When he re-signed with Polydor Records Canada in 1978, the label released a new song as a single, with "Music Box Dancer" on the B-side. The single was sent to easy listening stations in Canada, but a copy was sent in error to CFRA-AM, a pop station in Ottawa. The program director played the A-side and couldn't figure out why it had been sent to his station, so he played the B-side to see if the record was mistakenly marked. He liked "Music Box Dancer" and added it to his station's playlist, turning the record into a Canadian hit. Iconic Ottawa Valley radio personality Dave "50,000" Watts gave the record extensive airplay on the station. The album went gold in Canada, which prompted Polydor in the US to release the album and single....more: