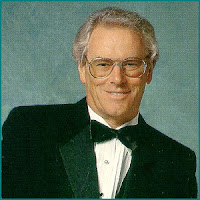 Hugh Hagood Hardy, CM (February 26, 1937 – January 1, 1997) was a Canadian composer, pianist, and vibraphonist. He is best known for the 1975 single, "The Homecoming", (US #41 pop, #6 easy listening) originally created as music to a 1972 TV commercial for Salada tea, and for his soundtrack to the Anne of Green Gables and Anne of Avonlea films.
Born in Angola, Indiana, he received a Bachelor of Arts degree from the University of Trinity College in the University of Toronto. He also studied music privately in Toronto with Gordon Delamont.Hardy started his professional career as a vibraphonist in 1956 at the House Of Hamburg. After relocating to New York in the early '60's he became a much-in-demand performer with all of the Jazz elite including The Village Vanguard.
He began touring with the likes of Herbie Mann, George Shearing and Martin Denny for nearly seven years in such places as Las Vegas and Hawaii.
He moved back to Toronto in 1966 to form Hagood Hardy & The Montage which toured internationally for six years. It was around this time that he started music for film and television.
He wrote "The Homecoming" in 1972 for a Salada Tea commercial and once people began writing to the company to find out how they could get a copy of the instrumental piece Hardy finally released it. In 1975 it was released as a single and the song went Top-10 across Canada. Two Juno Awards followed for 'Composer Of The Year' and 'Instrumental Artist Of The Year'.
Hardy died after an 18 month struggle with stomach cancer in Hamilton on January 1, 1997 and is survived by 4 children.