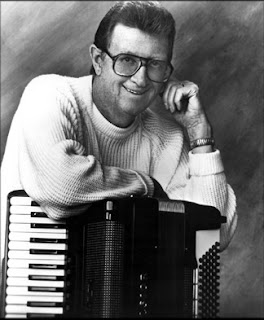 Art Van Damme (April 9, 1920 in Norway, Michigan – February 15, 2010) was a jazz accordionist who had many popular albums for Columbia Records in the mid 20th Century. In the Wikipedia bio it is noted he began playing the accordion at age nine and started classical study when his family moved to Chicago in 1934. In 1941 he joined Ben Bernie's band as an accordionist. He adapted Benny Goodman's music to the accordion. From 1945 to 1960 he worked for NBC, performing on The Dinah Shore Show, Tonight, The Dave Garroway Show and other radio and TV shows with Garroway. He recorded 130 episodes of the 15-minute The Art Van Damme Show for NBC Radio. MORE
Tribute Compilation
Available Recordings