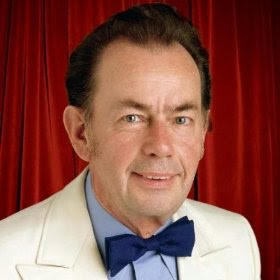 SHOP for albums by The Alfred Hause Orchestra

The German orchestra leader recorded for Polydor and was known as "the king of tango". Hause recorded several tango-themed records but also a string of easy-listening albums which were only released in Germany and Japan. He was also the winner of the first German Schlager-Festspiele in 1961 for the song Bailando a dos. Unlike other orchestras like Bert Kaempfert's or James Last's he never entered the German charts. In 1996 Hause received one of the highest medals of Germany, the order of the Federal Republic of Germany for his contribution to the entertainment industry after World War II.
Email ThisBlogThis!Share to TwitterShare to FacebookShare to Pinterest
Newer Post Older Post Home