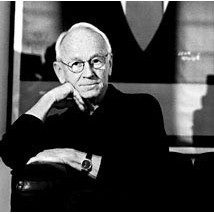 Bent Fabricius-Bjerre (7 December 1924 – 28 July 2020), better known internationally as Bent Fabric, was a Danish pianist and composer. Bent Fabricius-Bjerre was born in Frederiksberg, Denmark. He started a jazz ensemble after World War II and founded a label, Metronome Records, in 1950. However, he is best known for his 1961 instrumental "Omkring et flygel" (literally, "Around a Piano") which became a hit in Denmark. The song was re-released worldwide under the name "Alley Cat" on Atco Records the following year, and went to #1 in Australia and #49 in Germany. The tune also became a hit in the United States; the song hit #2 on the AC chart and #7 on the Billboard Hot 100, and the LP of the same name hit #13 on the Billboard 200. "Alley Cat" also won a Grammy Award for Best Instrumental.   available recordings