Before television, radio was the sole source of simultaneous mass entertainment in America. The medium served as launching pad for the careers of countless future stars of stage and screen. Singers and conductors became legends by offering musical entertainment directly to Americans in their homes, vehicles, and places of work and play. This volume presents biographies of 24 renowned performers who spent a significant portion of their careers in front of a radio microphone. Profiles of individuals like Steve Allen, Rosemary Clooney, Bob Crosby, Johnny Desmond, Jo Stafford, and Percy Faith...photo... along with groups such as the Ink Spots and the King's Men, reveal the private lives behind the public personas and bring to life the icons and ambiance of a bygone era. 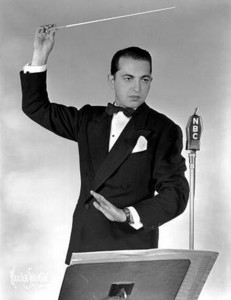