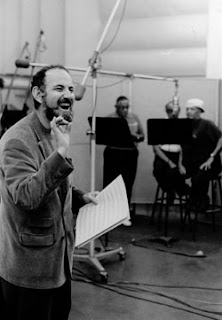 Jimmie Haskell (born Sheridan Pearlman, November 7, 1936 – February 4, 2016) was a prolific American composer and arranger for a variety of popular singers and motion pictures... Haskell was born in Brooklyn, New York. He entered the musical business through being hired to do arrangements with Imperial Records. He became the arranger of choice for Ricky Nelson and arranged such hits as "There's Nothing I Can Say" (1964). In the late 1960s and early 1970s Haskell was the arranger of choice for The Grass Roots. He also provided horn and string arrangements for Blondie's 1980 album Autoamerican. He entered the motion picture soundtrack industry in 1960 as an uncredited orchestrator for Dimitri Tiomkin's The Alamo and composed his first score the following year Love in a Goldfish Bowl. His composition The Silly Song became the theme song of American television's The Hollywood Squares. In addition to composing and arranging, Haskell would often act as conductor and selected the musicians used. WIKIPEDIA | SpaceAge Pop | WEB  |  AVAILABLE RECORDINGS

VIDEO: ProMusicDB sits down with Multi-Grammy winning arranger Jimmie Haskell and daughter, professional singer Scottie Haskell, to talk about Jimmie's legacy and its preservation in the digital age. Jimmie has 150 gold records to his credit, is still working with current artists, and has had a lifetime career of over 750 music credits that have not been accurately preserved.