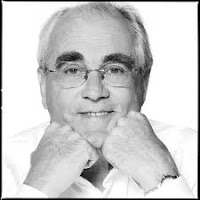 Michel Jean Legrand (born 24 February 1932, in Bécon-les-Bruyères in the Paris suburbs) is a French musical composer, arranger, conductor, and pianist. His father Raymond Legrand was a conductor and composer renowned for hits such as Irma la douce and his mother, Marcelle Der Mikaëlian (sister of conductor Jacques Hélian), who married Legrand Senior in 1929, was descended from the Armenian bourgeoisie. Legrand is a prolific composer, having written over 200 film and television scores in addition to many memorable songs. He is best known for his often haunting film music and scores, such as The Umbrellas of Cherbourg (1964) and The Thomas Crown Affair (1968) featuring the song "The Windmills of Your Mind" for which he won his first Academy Award.