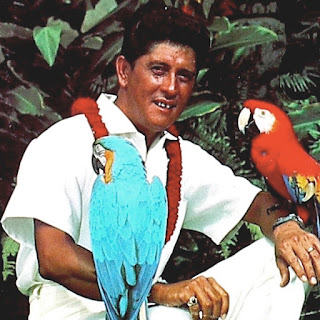 On February 2nd in 1932, jazz vibraphonist Arthur Lyman was born. With unique vibraphone stylings, bird songs and bells, Lyman helped turn exotic music into a national trend in the 50's and 60's, producing more than 30 albums and almost 400 singles and earning three gold albums. He played with Martin Denny's Orchestra from the age of 21. He died after a battle with throat cancer Feb 24, 2002 at age 70. His group popularized a style of faux-Polynesian music during the 1950s and 1960s which later became known as exotica. His albums became favorite stereo-effect demonstration discs during the early days of the stereophonic LP album for their elaborate and colorful percussion, deep bass and 3-dimensional recording soundstage. Lyman was known as "the King of Lounge music."