Tony Mottola (18 April 1918 – 9 August 2004) was an American guitarist who released dozens of solo albums. Mottola was born in Kearny, New Jersey, and died in Denville, New Jersey.
Mottola played with Doc Severinsen's Orchestra on The Tonight Show and composed music for the films Running on Empty and Violated (1953). Many early TV viewers will remember his shadowed image playing the guitar theme at the opening of the 1950s television series Danger. 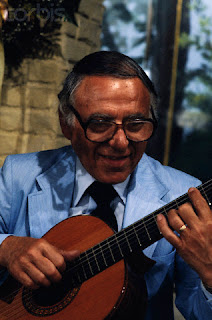