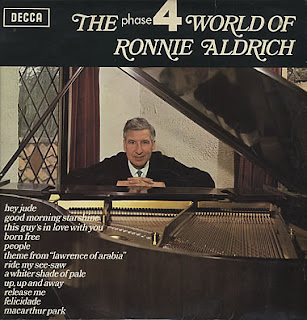 Born Ronald Frank Aldrich (15 February 1916, Erith, Kent, England - 30 September 1993, Isle of Man), the only son af a store manager, was a British easy listening and jazz pianist, arranger, conductor and composer. He was just three years old when he started playing the piano being his musical education classical. He was educated at The Harvey Grammar School, Folkestone, and taught violin at the Guildhall School. 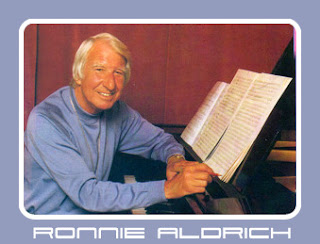 Ronald Frank Aldrich ( birth , Kent , England , 15 of February of 1916 - death Isle of Man , 30 of September of 1993 ) was a pianist, composer, arranger and conductor
Ronnie had recorded some songs a few years ago for Readers Digest label under his name and also under the name of "Richard Alden":
WIKIPEDIA BIO | RECORDINGS AVAILABLE
Email ThisBlogThis!Share to TwitterShare to FacebookShare to Pinterest
Newer Post Older Post Home