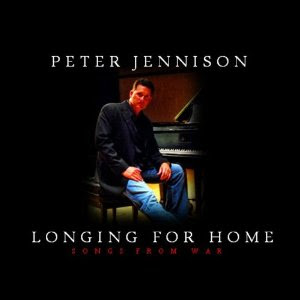 Longing For Home (Songs From War) is a first-hand account of war by a soldier. Written by Army Captain and MEDEVAC pilot Peter Jennison during a year-long deployment to the war in Iraq, Longing For Home is a "visual" experience that transports the listener through music directly to the battlefield, allowing them to intimately experience the power of war and its effect on soldiers and their families. Longing For Home was produced by Grammy Award Winning Artist William Ackerman and recorded, mixed, and mastered by Grammy Award Winning Engineer Corin Nelsen and features performances by Will Ackerman (Windham Hill), the Late T-Bone Wolk (Hall and Oates), Jeff Haynes (Pat Metheny Group) and others. A portion of the proceeds from every album sold will be given to charities that support veterans and their families.
Email ThisBlogThis!Share to TwitterShare to FacebookShare to Pinterest
Newer Post Older Post Home